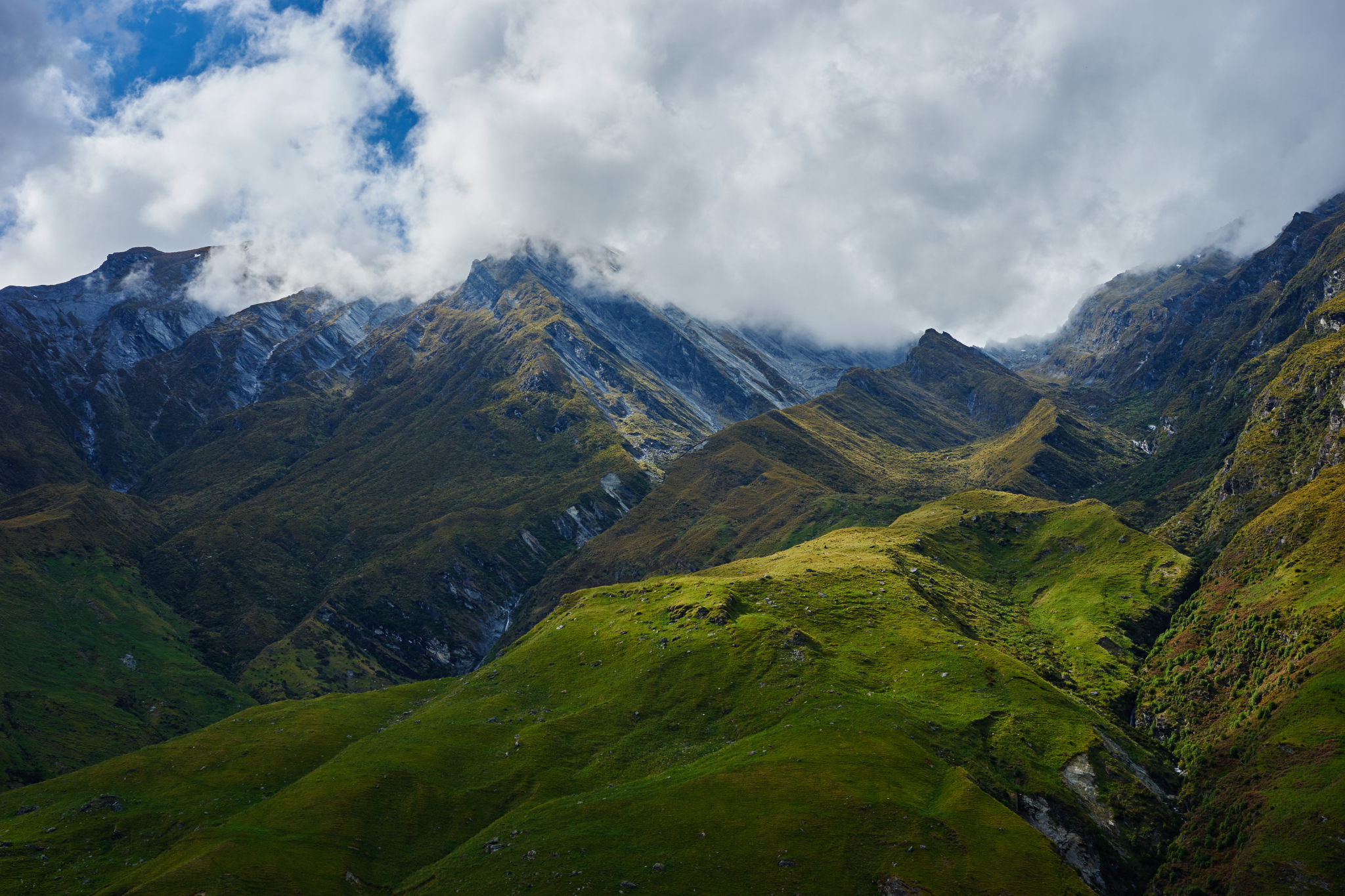 On our Air New Zealand flight to Auckland from Los Angeles I came across a video blog Living a Kiwi Life. The flight entertainment system had a few episodes, one of them being Rob Roy Glacier near Wanaka. I had planned to hike Roy’s Peak in Wanaka, sounded like the same hike. I was out on the Mueller Hut deck taking some long exposure shots at night when I overheard someone saying Rob Roy Glacier hike is an absolute must do in Wanaka. When we reached our hostel in Wanaka the next day I started looking up Rob Roy Glacier. Roy’s Peak and Rob Roy Glacier hike weren’t the same, furthermore reaching the trail head for Rob Roy Glacier required driving over unsealed country roads for quite a few kilometers. Ours was a rental Toyota Corolla hatchback and reading a few trip advisor reports we didn’t want to take a chance. There was a shuttle service which operated from the town centre to trail head which was located in Mt.Aspiring National Park.

Early next morning we went to the town centre and reserved our seats on the shuttle. It was $60 per head which seemed pretty steep. The shuttle departed at 8:15am and the first stop was actually trail head for Roy’s Peak, talk about confusing! After dropping off a couple of hikers at Roy’s Peak we headed to Raspberry Flat car park in Mt.Aspiring National Park. The road snaked along the shores of Lake Wanaka to Glendu Bay which is popular for water sports. We passed by Treble Cone, Wanaka’s premier ski destination, popular with para gliders in the summer. Treble Cone onwards the road got rough as we entered the country side. Our driver, an elderly Irish gentleman (with a thick Irish accent), was very chatty and gave us information about all the farms in the area, types of cattle, the Matukituki river which we were driving by (I liked the name Matukituki, it’s stuck in my head). We even came across a deer farm which was quite unique for us. Madhu was ecstatic to see so many deer in one spot! Deer velvet products are in high demand in Asia, our Irish friend commented.

The road ended at Raspberry Flat car park. A dense forest adorned the steeply rising hill side on the left bank of the Matukituki. The right bank was dotted with sheep grazing on a wide grassy expanse which was enveloped by mountains up ahead. The car park was abuzz with activity, day hikers on guided trips, multi day hikers on mountain bikes (I haven’t seen anyone on mountain bike which such big packs before). We got off to a slow start, the sheep were a major distraction. They were so cute and fluffy! One little fellow even allowed us to follow it around without darting off to it’s mum, like the rest of them did whenever we got near any. A narrow suspension bridge spans over the river leading the trail into the dense forest. On entering the forest, the trail followed a stream all along only changing elevation from time to time. The forest was lush green with moss covering all the tree roots and various types of ferns growing everywhere. Rob Roy Glacier hike doesn’t actually take you on a glacier but there are a couple of amazing viewing spots on the trail from where one can see the Rob Roy glacier which is on Rob Roy peak.

The second view point is at the end of the trail and higher up from where one gets a closer look at the glacier. I actually preferred the lower viewing point as it made for a better photo! On the way back we stopped at a small clearing by the stream and had lunch. It was a nice shaded spot where the emerald waters of the stream carved around giant moss topped boulders. Finishing lunch we got by to the car park at our designated pick up time of 3pm. On the ride back we spotted a few para gliders gliding down from Treble Cone as well as off Roy’s Peak. I can only imagine how wonderful it must be to view this amazing country side from that vantage point! We even got a glimpse of Mt.Aspiring much to the satisfaction of our Irish friend who had been trying to spot it for us all day with no luck. After picking up the hikers we had dropped off at Roy’s Peak trail head we got back to Wanaka. I was glad circumstances lead us on this hike, we had a wonderful day out among sheep and snow and of course, the Matukituki.