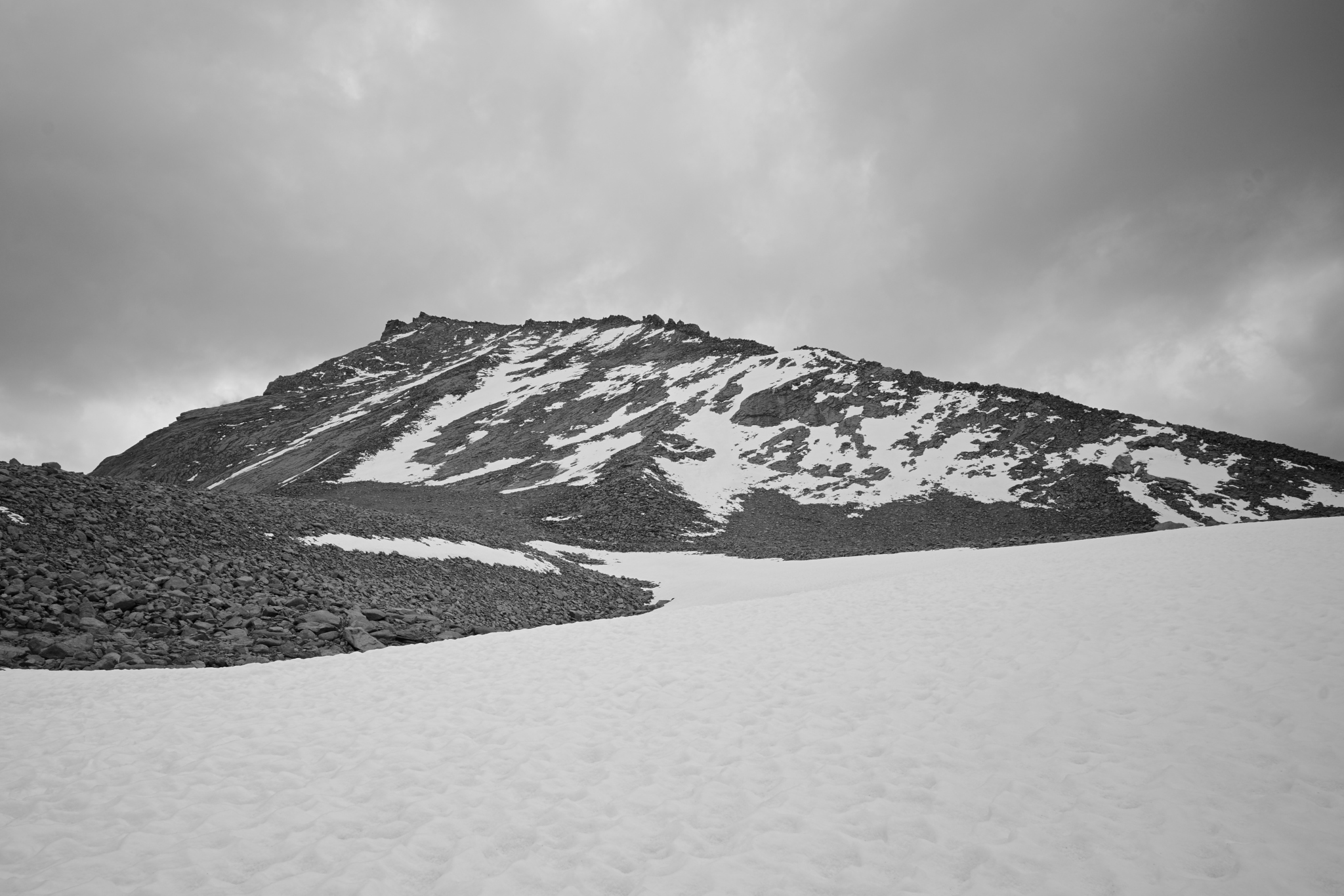 Corinne got 4 permits for Mt.Williamson & Mt.Tyndall to strike the two off her California 14ers list. They were for 10-12 June 2016. I gladly joined and Tomas took the other spot. Evelina fell sick and couldn’t come so it was just the three of us. We were contemplating what gear to carry. Reading trip reports and checking out the weather, crampons and ice axes were well advised. After a few hilarious email exchanges about strap ons, googles Tomas was finally equipped with all the requisite ice gear. We wanted to carry the least amount of gear possible so we decided to carry just a single tent and cram ourselves into it, at least we would stay warm.

We started early on Friday morning from LA so we could be right on time when the Inter Agency Visitor Center in Lone Pine opens to pick up the permits and have breakfast at Alabama Hills cafe. After picking up the permits we drove to the town of Independence and headed towards the mountains on Onion Valley road. The map provided by the visitor center was really helpful in finding the trail head since it required a few miles of off pavement driving with multiple forks along the way.

It was already getting warm when we reached Shepherd Pass trail head. We unloaded the car and started getting ready. We (unwisely) convinced Corinne to dump her sleeping pad in an effort to shave off a few more grams. The trail starts up Symmes creek canyon, crossing the creek a few times before it starts steeply going up switchbacks up to the saddle. It was very hot and I sauntered my way up to the saddle. Corinne and Tomas were ahead of me but I couldn’t see them. From the saddle the trail descends into Shepherd creek canyon going down a few hundred feet to Mahogany Flats. Corinne and Tomas were waiting for me by a small stream in a nice shaded spot. Corinne actually came back up the trail looking for me. Thankfully she also brought some water with her, I was parched.

We had initially thought we would be able to get up Shepherd Pass on Friday itself and setup camp there. But that plan was not going to work at our current pace so we decided to go up to Anvil camp and re-access there if we could continue any further. From Mahogany flats, it felt a very long way away with a whole lot of mountain to climb and the heat wasn’t letting up. The trail had been wiped out a few years ago near Anvil camp and it required a detour which wasn’t fun.

Once we were back on the trail it became nice and shaded, a much needed respite from the sun as we entered Anvil camp. We took a short break and headed onwards towards the “Pothole” where we found a nice place to camp for the night. After setting up the tent we had a nice dinner before calling it a night. We were packed like sardines in the tent which made it quite uncomfortable. Corinne regretted not getting her sleeping pad and mine got punctured overnight which added to the miserable experience.

The next morning were headed up towards Shepherd Pass not sure how we would get up the snow. At the base of the pass we wore our crampons and started going up. The snow conditions were good but the clouds were gathering. The pass wasn’t as steep and scary as it seemed from the base. Once we were over the pass and in the Williamson bowl the storm rolled in. The visibility dropped and it started to snow. It was hard to see where Mt.Tyndall was let alone the route to go up.

We could see the faint outline of the mountain. The trip reports we had read clearly said to stay off the ridge which seemed like the obvious line but rather to find the rib down the middle. So we headed in that direction. We could see the route going up above a small snow field. Once past the snow field it was a rocky ridge with comfortable 4th class climbing to gain the main ridge. I stopped about half way up my knees were really hurting. The storm was passing so I convinced Corinne & Tomas to carry on without me. I would wait for them by the trail going down Shepard Pass as that was our only way out. I slowly made my way down. As the storm cleared the view was really amazing, a wide vista with snow cover peaks all around.

I got down to the trail and waited for a couple of hours. I could see Mt.Tyndall clearly now. I tried to spot my friends. I thought I saw them a couple of times but wasn’t sure. Soon I was worried, they should’ve been back by now. I headed back up towards a higher vantage point from where I could see the snow field at the beginning of the route but I could see neither of them. I waited some more and then went back to where I was originally supposed to wait for them. As I was heading back I could see some people and I started yelling at the top of my voice. Finally as I got closer I realised it was them. They successfully made it to the summit but wandered a little on their way down. Once reunited we headed down Shepherd Pass carefully down climbing the snow. We broke camp and went down to Anvil camp and camped there for the night. It was another uncomfortable night.

The next day we woke up to a snow covered camp ground. It was a lovely day though and the hike out from Anvil camp was really beautiful. The clouds were rolling up the side of the valley as we made our way back to the saddle between the two canyons. Although I didn’t make it to the summit I was content with the trip knowing I’ll come back.